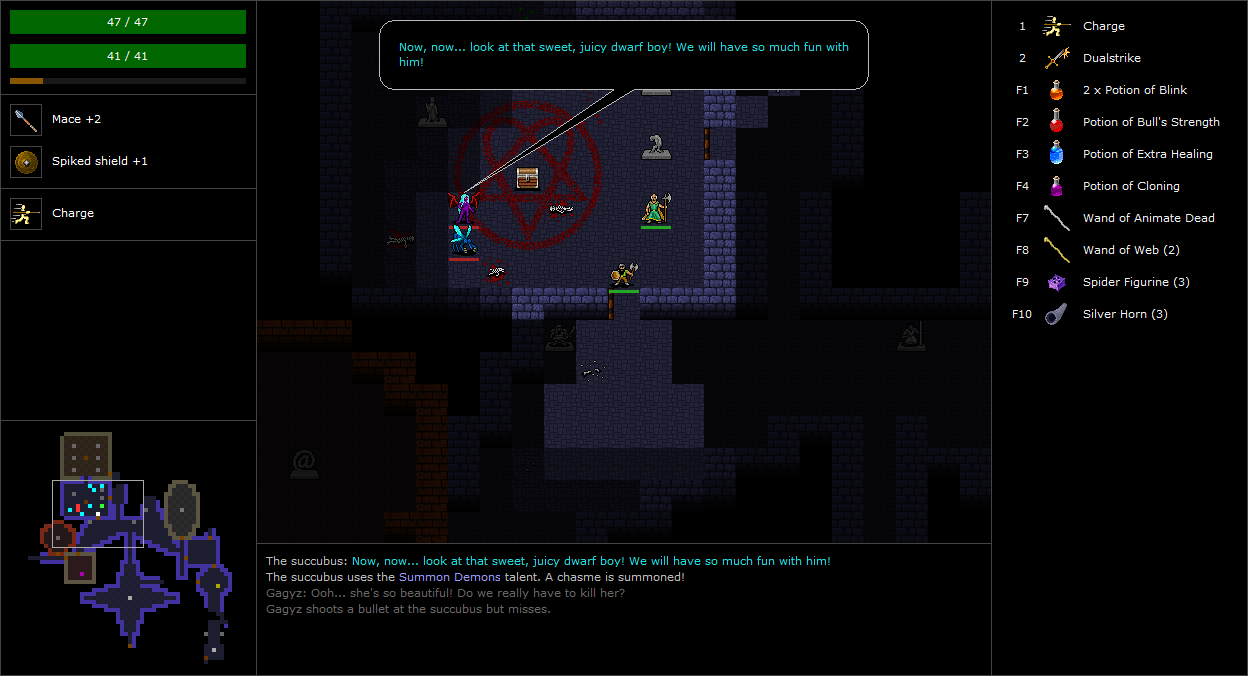 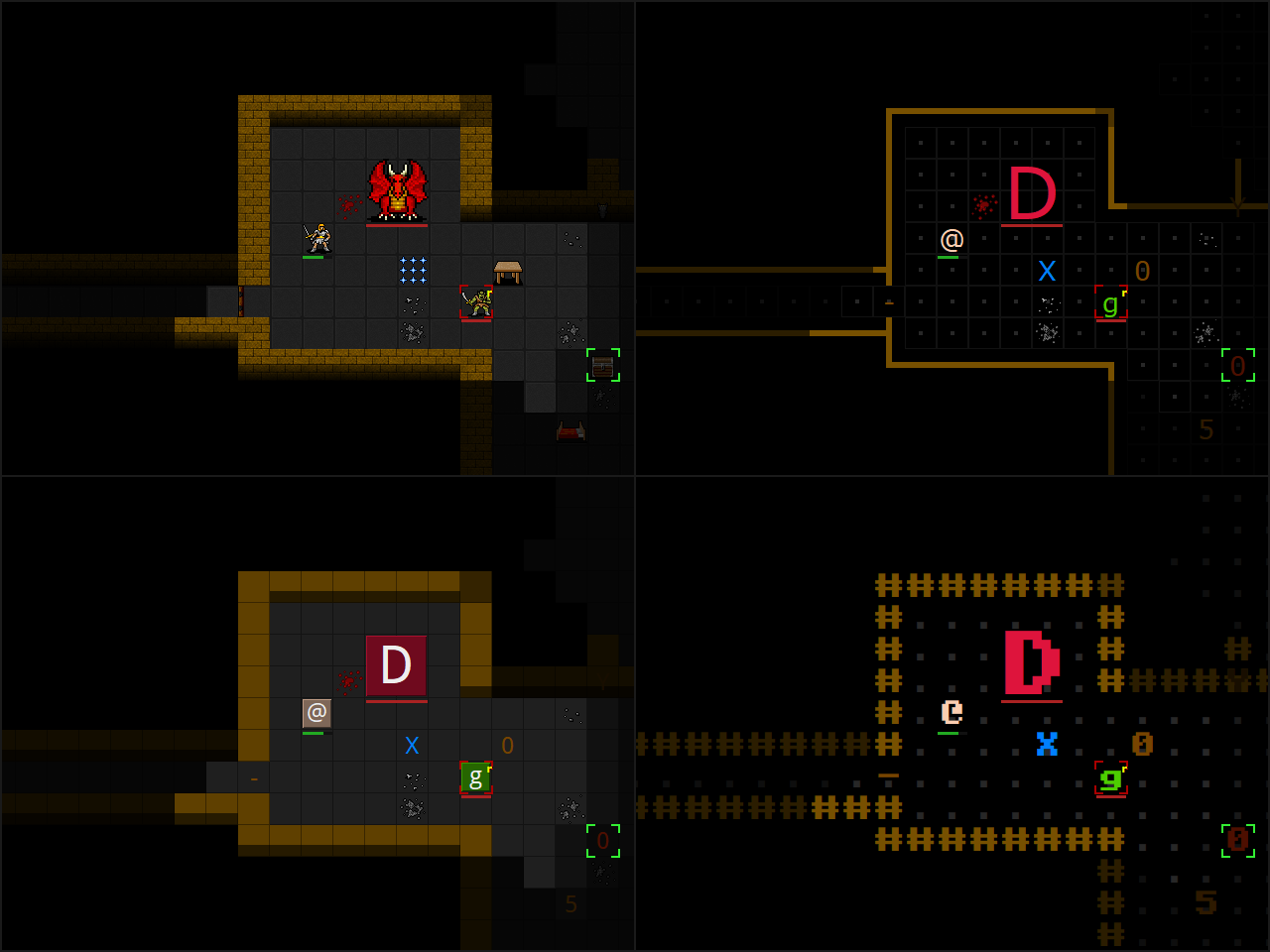 Zorbus is a fantasy-themed, graphical, turn-based, role-playing roguelike game. Your goal is to delve deep into a dungeon, find a portal to a mythical place called the Zorbus where a mere mortal can ascend to demigodhood. You don't have to adventure alone but can recruit other creatures along the way.

Being a roguelike game, Zorbus creates the dungeon randomly so that every played game is slightly different. The game uses permadeath meaning that when a character dies, it really is permanent and the player must begin a new game. You can save the game but the save file is deleted when loaded. Zorbus does not have item identification or a hunger mechanic.

The game tries to create a dungeon which feels alive, eventful and rich in content. Something more than just empty rooms and corridors. Diversely shaped levels with themed content (throne rooms, prisons, hidden treasure caches etc.) with good connectivity between the areas.

The dungeon denizens act intelligently, fight each other, flee when threatened and try to gather their friends to overcome a threat. Most creatures can use items and can also pick them up from the dungeon floor. Creatures are not silent either but comment on things with speech bubbles.

The dungeon has dynamic lighting. There are light sources as dungeon furniture and in the hands of creatures and these both can be lit and unlit. Some creatures have darkvision. Creatures react to light and sound.

The game has over 2000 sound effects to truly make the dungeon feel alive.

The rule system for the game is slightly influenced by the d20 system used in the 3rd edition of Dungeons & Dragons. Zorbus has experience levels but no character classes (race is selected). On each level up, you point buy skills and talents (mostly combat maneuvers and spells).

Zorbus needs Windows 7 or newer but can be run on Linux with Wine and on Mac OS X with Wine, Wineskin or WineBottler.

Display size can be configured. You can play in windowed mode or fullscreen and with 32x32- or 64x64-pixel tile graphics or ASCII characters. The font can be changed and text size can be adjusted.

Keybindings are configurable. Mouse control is supported but is not ideal for playing the game. The game has a targeting system making it very easy to use ranged attacks or talents. Usable items and talents can be assigned to quickslots.

Zorbus is already a stable game but development still continues with more content and more polishing.