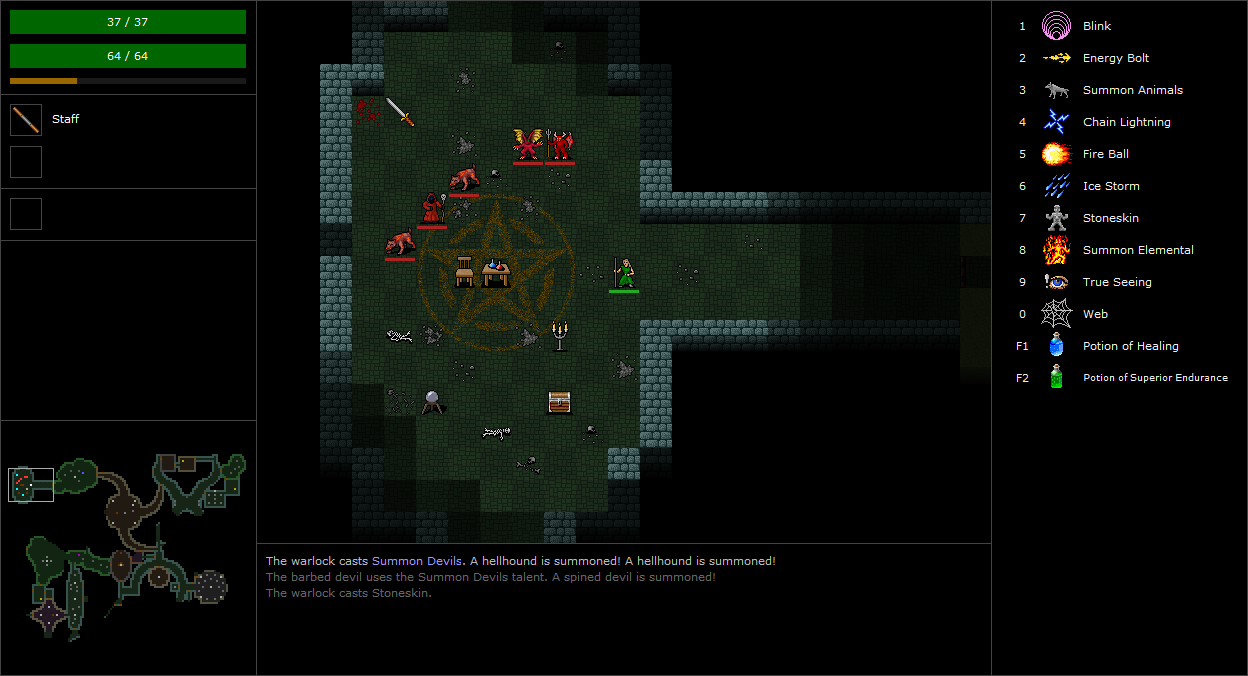 Zorbus is a fantasy-themed, graphical, turn-based, role-playing roguelike game. Your goal is to delve deep into a dungeon, find a portal to a mythical place called the Zorbus where a mere mortal can ascend to demigodhood.

Being a roguelike game, Zorbus creates the dungeon randomly so that every played game is slightly different. The game uses permadeath meaning that when a character dies, it really is permanent and the player must begin a new game. You can save the game but the save file is deleted when loaded. You can only save once per dungeon level.

The goal is to create a tight, streamlined dungeon crawling experience where the dungeon feels alive. Thematically Zorbus draws influence from the late 70s and early 80s tabletop AD&D campaigns and adventures.

The rule system for the game is slightly influenced by the d20-system used in the 3rd edition of Dungeons & Dragons. Zorbus has experience levels but no character classes (race and gender is selected). On each level-up, you point-buy skills and talents. Talents are mostly combat abilities and spells.

By design, Zorbus does not have a hunger mechanic, item identification, crafting, autoexplore, an overworld map or quests.